Can You Challenge a Magistrate’s “Probable Cause” Finding on a Search Warrant? 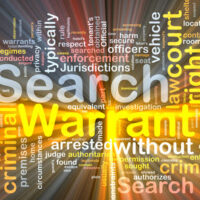 Police normally need to obtain a warrant before searching any property that belongs to a criminal suspect, including samples taken of a suspect’s blood for chemical testing. A magistrate or judge must first determine whether the police have “probable cause” to believe the search will discover evidence of criminal activity. Probable cause is a much lower standard than is actually necessary to convict someone of a crime–i.e., beyond a reasonable doubt–and courts tend to give the police a great deal of leeway in establishing probable cause.

Indeed, once a magistrate has made a probable cause finding and issued a search warrant, Florida law cautions other judges against second-guessing such decisions later. A recent decision from the Florida Fifth District Court of Appeal, State v. Hart, illustrates this point. In this case, a trial court actually granted a defendant’s motion to suppress evidence gathered under a number of warrants after questioning the issuing magistrate’s probable cause determinations. The appellate court ruled the trial judge’s actions were an abuse of discretion.

Here is some background on the case. The Florida Highway Patrol responded to the scene of a fatal traffic accident in Orange County. A Hyundai has collided with the rear of a second vehicle. The two people in that second vehicle died as a result of their injuries. The Highway Patrol quickly identified the defendant, who had been taken to the hospital, as the driver of the Hyundai.

A trooper interviewed a front-seat passenger from the Hyundai. The passenger told the trooper that the defendant had been “impaired and drinking too much prior to driving the vehicle.” At the hospital, another trooper said she personally observed that the defendant had “bloodshot glassy eyes [and] a slurred speech, and was drooling out of the left side of his mouth,” which she said were indications of drinking. Based on this and other information, a magistrate ended up issuing three separate search warrants: one to take a sample of the defendant’s blood for testing, one to search the Hyundai, and one to conduct DNA testing to place the defendant behind the wheel of the Hyundai just before the crash.

Prosecutors eventually charged the defendant with two counts of DUI manslaughter. The defense moved to suppress all of the evidence gathered under the three search warrants, which had been issued by different magistrates. The defendant argued the warrants lacked probable cause as they were based on “conclusions” made by the police rather than statements of fact. The trial court agreed with the defendant and granted the defense motion in a written order.

The Fifth District reversed, noting that under Florida law, “Once a magistrate specifically finds probable cause and thereafter issues a search warrant, that finding is accorded a presumption of correctness and is not to be disturbed by the later-reviewing trial court absent a clear determination that the issuing magistrate abused his or her discretion.” Here, the appellate court said the trial judge made no specific factual findings and failed to give “the requisite great deference” to the magistrates’ rulings. The search warrants were therefore valid, and prosecutors could use the evidence obtained against the defendant.

Tampa Criminal Defense Lawyer David A. Faulkner Can Help You

Even when these types of challenges prove unsuccessful, it is still critical for criminal defendants to assert their rights when confronted with the evidence against them. Police often take illegal shortcuts when attempting to prove a defendant’s guilt. A qualified Tampa criminal attorney can help ensure such “shortcuts” do not end up costing you your freedom. If you have been charged with a crime and need representation, contact the Faulkner Law Group, PLLC, today to speak with a member of our team.

By Faulkner Law Group, PLLC | Posted on February 16, 2021
« How Equitable Division Works in a Contested Florida Divorce Case
The Role of Restitution in Florida Criminal Cases »