When Can The Police Rely On “Exigent Circumstances” To Search Me Without A Warrant? 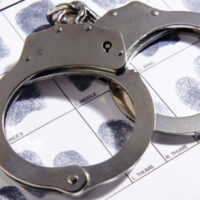 The police must typically obtain a warrant before taking a sample of your blood as part of a criminal investigation. For example, if a police officer pulls you over on suspicion of drunk driving, if you do not consent to a blood draw, then the officer must ask a judge or magistrate to issue a search warrant based upon a finding of probable cause. Without a warrant, any blood draw is illegal and the results cannot be used against you at trial.

Now, there are certain exceptions to the warrant requirement. The courts have recognized certain “exigent” or emergency situations where valuable evidence may be lost if the police are forced to take the time to obtain a warrant. But the burden is on the prosecution to show the emergency was so great as to render the warrantless search reasonable under the circumstances.

The U.S. Supreme Court has further emphasized that in DUI investigations, if the police can “reasonably obtain a warrant before a blood sample can be drawn without significantly undermining the efficacy of the search, the Fourth Amendment mandates they do so.” Essentially, the Court rejected the idea that a DUI investigation is always an exigent circumstance that can justify a warrantless search.

A Florida appeals court recently applied that reasoning in overturning a DUI conviction in a case from Brevard County. In Dusan v. Florida, prosecutors charged the defendant with DUI manslaughter following a fatal car accident in 2014. Eight police officers responded to the accident scene around 12:30 a.m. on the morning in question.

At the scene, the investigating officers concluded they had probable cause to suspect the defendant had been driving under the influence. The police gave a Miranda warning and administered field sobriety tests. The defendant refused multiple requests to give a blood sample for testing. The police then placed the defendant under arrest and took her to a nearby hospital where medical personnel conducted a blood draw. The Florida Department of Law Enforcement later tested the blood sample and determined the defendant’s blood-alcohol content exceeded the legal limit.

Before the trial court, the defendant moved to exclude the evidence gathered from the warrantless blood draw. The judge denied the defense motion. A jury subsequently convicted the defendant.

On appeal, the Second District said that under the U.S. Supreme Court’s precedent and related case law from the Florida Supreme Court, the evidence should have been excluded at trial. Under the particular facts of this case, the police could not rely on the exigent circumstances exception to the Fourth Amendment. In particular, the appellate court noted that none of the eight officers at the accident scene bothered to contact the State’s Attorney’s office or inquire to see if a judge was available to consider a warrant request, even though they had sufficient time to do so. Given this, there was no excuse for the warrantless search.

When police officers take shortcuts with your constitutional rights, you have the right to challenge their actions in court. An experienced Tampa DUI defense lawyer can provide you with zealous advocacy and representation. Contact the Faulkner Law Group, PLLC, today if you need to speak with an attorney right away.

By Faulkner Law Group, PLLC | Posted on July 19, 2021
« When Is A Criminal Defendant “Mentally Incompetent” To Stand Trial?
The Difference Between “Actual” And “Constructive” Possession Of Illegal Drugs »