Close Menu
Tampa Criminal Lawyer > Blog > Divorce > Can A Florida Judge Alter An Award Of “Permanent” Alimony After A Divorce?

Can A Florida Judge Alter An Award Of “Permanent” Alimony After A Divorce? 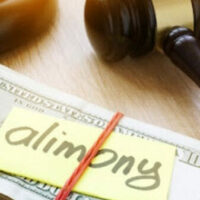 Florida law provides for several different types of alimony. Permanent alimony is appropriate when one spouse “lacks the financial ability to meet his or her needs and necessities of life” following a divorce. Alternatively, a court may award durational alimony if permanent alimony is “inappropriate” but ongoing financial support is still necessary for a fixed amount of time after the divorce.

A court may also alter an award of alimony “based upon a substantial change in circumstances.” This can involve changing permanent alimony to durational alimony. A recent decision from the Florida Fourth District Court of Appeal, Valby v. Valby, provides an example of just such a situation.

In this case, a husband and wife divorced in 2010. Under the terms of their final divorce judgment, the husband agreed to pay $3,900 per month in permanent alimony. The agreement anticipated changes in the amount of alimony based on certain future events, such as the sale of the marital home and the parties’ children reaching adulthood. At the time of the divorce, the wife was not employed.

Seven years later, in 2017, the husband petitioned the court to modify or terminate his permanent alimony obligation. He alleged there had been a substantial change in circumstances, notably the wife was now employed full time and earning approximately $50,000 per year as a schoolteacher. The wife opposed the husband’s petition and the matter was tried before a judge. The judge agreed there had been a substantial change in circumstances and reduced the husband’s alimony obligation to $1,110 per month. The court further changed the type of alimony from permanent to durational, such that the husband was now only required to pay the wife for a total of 101 months, dating back to the date of his original petition for modification. In effect, the court said it was awarding the wife a total of 15-and-a-half years of alimony.

The wife appealed. She argued it was illegal for the court to change her alimony from permanent to durational, because the latter category did not exist under Florida law at the time of the divorce. The Fourth District rejected that claim, however, noting the trial court modified alimony “based on a substantial change in circumstances,” as permitted by law. More to the point, the modification was only made retroactive to when the husband filed his modification petition in 2017, not to the date of the original divorce action. That said, the Fourth District did order the trial court to recalculate the amount of the husband’s reduced alimony award because the judge failed to properly account for the wife’s current living expenses.

As you can see, even a “permanent” award of alimony can be changed later if there has been a change in a party’s financial situation. If you are involved in a post-divorce dispute and need legal advice from a qualified Tampa divorce attorney, contact the Faulkner Law Group, PLLC, today to schedule a consultation.

By Faulkner Law Group, PLLC | Posted on August 31, 2021
« Does A Judge Have To Provide “Specific Steps” For You To Regain Time With Your Child?
Does A Jury Have To Make All Of The Factual Findings In A Criminal Case? »