Close Menu
Tampa Criminal Lawyer > Blog > Paternity > Does A Judge Have To Provide “Specific Steps” For You To Regain Time With Your Child?

Does A Judge Have To Provide “Specific Steps” For You To Regain Time With Your Child? 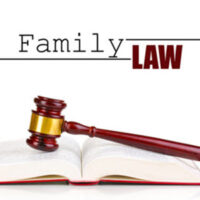 Florida courts resolve child custody disputes by approving a document known as a “parenting plan,” which among other things spells out a “time-sharing schedule” for each parent to follow with respect to their child. Although parents are free to negotiate their own parenting plan, the final decision rests with the court, which is legally required to act in the “best interest of the child.” In determining a child’s best interests, Florida law does provide a list of factors for the court to consider, but a judge can broadly look at any factor they deem “relevant” to the case at hand.

The Florida Supreme Court recently addressed the obligation of trial courts when modifying an existing parenting plan with respect to a time-sharing schedule. Specifically, the Court looked at whether or not a judge was required to provide a parent with “concrete steps” to regain lost time-sharing after it was taken away by a court-ordered modification of an existing parenting plan.

The particular dispute before the Supreme Court, CN v. IGC, involved the unmarried parents of a minor child. The parents negotiated a parenting plan, which the court approved in 2014. The approved plan awarded primary residential custody of the child to the mother, as well as a majority of the time-sharing.

In 2016, the mother accused the father of physically abusing the child. The father denied the allegations. He then went back to the judge and filed a petition to modify the original parenting plan.

After a trial in 2018, a circuit court judge determined that not only were the mother’s abuse allegations against the father “unfounded,” but expert testimony further established she was “suffering from mental health issues” that affected her ability to act as a parent. The judge therefore modified the previously approved parenting plan. The new plan gave the majority of the time-sharing to the father. The judge further directed the mother to undergo “intensive mental health therapy,” which the court noted might take “years” to complete successfully.

The mother appealed the judge’s ruling to the Florida Fifth District Court of Appeals. As relevant here, that court concluded that in reducing the amount of the mother’s time-sharing, the circuit court was not required to provide “specific steps” for the mother to regain her lost time. This put the Fifth District in conflict with the Second, Third, and Fourth District, all of whom previously held there was such a requirement.

The Supreme Court agreed to resolve the conflict, which it did in favor of the Fifth District’s position. The Court concluded that a “final judgment modifying a preexisting parenting plan is not legally deficient simply for failing to give specific steps to restore lost time-sharing.” At the same time, the Supreme Court said the Fifth District went a step too far in holding that Florida law “does not authorize trial courts to include such steps in a final judgment modifying a parenting plan.” The Court declined to resolve that issue one way or another, stating it would be premature to analyze what hypothetical steps a judge might order in a case like this one.

If you are involved in an ongoing paternity or child custody dispute, it is important to get timely legal advice regarding your rights and responsibilities. A qualified Tampa paternity attorney can represent your interests and advocate for your position in court. Contact the Faulkner Law Group, PLLC, today to schedule a consultation.

By Faulkner Law Group, PLLC | Posted on August 24, 2021
« When Does A Mistrial Lead To A “Double Jeopardy” Situation?
Can A Florida Judge Alter An Award Of “Permanent” Alimony After A Divorce? »