Can A Judge Rewrite A Divorce Settlement After The Fact? 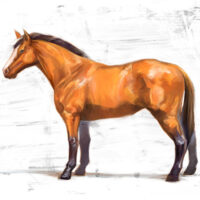 Divorce cases are often resolved with both parties negotiating and signing a marital settlement agreement. Once approved by the court, the agreement is a legally binding contract. As one Florida appeals court recently observed, the language used in such agreements “must be crafted with precision, and when they are not, the parties should neither ask nor expect courts to rewrite their agreements.”

Of course, this is precisely what happened in the case referenced above. In Grey v. Grey, a married couple litigated their divorce for several years before negotiating a settlement agreement in the middle of trial. A handwritten agreement was read into the court record and approved by the judge. Although the parties promised to deliver a “more formal marital settlement agreement” to the court, they failed to do so, and the judge simply incorporated the handwritten agreement into the final order dissolving the marriage.

But that was not the end of the matter. After the judgment became final, the former wife asked for a rehearing or in the alternative a “clarification” of the terms of the settlement. The former wife’s objection centered on the following two paragraphs in the handwritten agreement:

(1) The Wife shall transfer $100,000 from her Roth IRA to the Husband’s Roth IRA within 15 days by QDRO/Court order after transfer documents are completed for paragraph (2) below.

(2) The Husband shall receive the 2 paintings (horse paintings) owned by the Fare Ventures Profit Sharing Plan within 20 days.

Some context is necessary here: The parties were active members of the horse industry. The settlement agreement contains additional clauses that refer to certain substantial monetary awards due certain horses that were owned by the couple.

The former wife insisted that the intent of the agreement was that she transfer the $100,000 from her retirement account in exchange for receiving the horse awards. But the plain language of the agreement said that the wife was required to transfer the money after the former husband went to the house and retrieved two horse paintings, which were worth about $7,500.

The trial judge apparently agreed with the former wife that this made no sense. The court “clarified” that now believed the parties intended that the wife transfer the $100,000 only after the former husband transferred title to the horse awards. The former husband then appealed, arguing the judge basically rewrote the marital settlement agreement to say something it did not.

And in fact, the Fifth District Court of Appeals sided with the former husband. While the appellate court said the trial judge’s ruling “was perhaps the fair and equitable thing to do,” it was not the legal thing to do. Even if the agreement was poorly drafted, the role of the court was to enforce what was written on the page.

Many people are eager to resolve their divorce as quickly as possible. But a quick resolution should not mean rushing to enter into an agreement before both sides have a chance to clearly review and understand the terms. An experienced Tampa divorce lawyer can help ensure you are not caught off-guard during settlement talks. Contact the Faulkner Law Group, PLLC, today if you need advice or representation in connection with any family law matter.

By Faulkner Law Group, PLLC | Posted on December 2, 2021
« When Can A Judge Order Pretrial Detention Of A Criminal Suspect?
How “Commerce” Can Affect A Child Sex Crimes Prosecution »