When Can A Judge Order Pretrial Detention Of A Criminal Suspect? 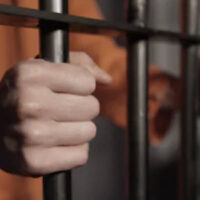 In most Florida non-capital criminal cases, a defendant is entitled to reasonable bail. State law, however, does make a number of exceptions. Some may surprise you. For example, a person charged with DUI manslaughter–drunk driving that results in death–can be ordered held pending trial under certain circumstances.

Specifically, Florida law states that pretrial detention is justified when “there is a substantial probability that the defendant committed the crime and that the defendant poses a threat of harm to the community.” In assessing this “threat,” the trial court must consider any prior drunk driving convictions or driving with a suspended license.

Take this recent case from the Florida Third District Court of Appeals, Garcia v. Junior. The petitioner in this case is a 16-year-old man. On New Year’s Day of this year, the petitioner was driving his mother’s car, apparently without her permission or a valid driver’s license.

The petitioner and two friends were in the car as he was allegedly speeding down a road just after 3:30 a.m. and plowed into another vehicle at an intersection. The collision killed the four occupants of the other vehicle and injured the passengers in the petitioner’s car.

A police investigation uncovered possible evidence of the petitioner’s intoxication at the time of the crash. As such, prosecutors charged him as an adult with four counts of manslaughter, a second-degree felony in Florida. The prosecution also moved to detain the petitioner without bail pending trial. A judge granted the state’s motion.

The petitioner then filed for a writ of habeas corpus with the Third District. Basically, a writ is an order demanding that a public official who is holding a person provide a valid reason for the detainee’s confinement. Here, the petitioner argued that the trial court’s decision to hold him without bail was unlawful.

The Third District disagreed. It denied the writ. First, the Court noted the trial judge properly found that there was a “a substantial probability that [the petitioner] committed DUI manslaughter based on evidence presented.” Second, that evidence further showed the petitioner “posed a substantial probability of threat of harm to the community” and that no conditions of release that the court might impose would be “sufficient to protect the community.” Essentially, the Third District said, the trial judge believed the petitioner would not “follow the rules” if he were allowed to remain free on bail, given his apparent “disregard for safety” and “serious concerns about [parental] supervision.”

As you can see, it is possible for a Florida court to deny bail to even a minor in certain cases. That is why if you are facing criminal charges, especially those arising from allegations of drunk driving where someone has been injured or killed, you need to work with a qualified Tampa DUI lawyer who will look out for your interests. Contact the Faulkner Law Group, PLLC, today to schedule a consultation with a member of our criminal defense team.

By Faulkner Law Group, PLLC | Posted on November 24, 2021
« When Is Expert Testimony Inadmissible In A Criminal Trial?
Can A Judge Rewrite A Divorce Settlement After The Fact? »