Close Menu
Tampa Family Lawyer > Blog > Divorce > How Does A Court Decide Who Gets The Family Dog In A Florida Divorce?

How Does A Court Decide Who Gets The Family Dog In A Florida Divorce? 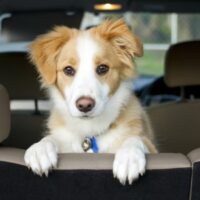 Child custody is often the most emotionally fraught source of conflict between parties in a divorce. But for many couples, deciding who will get custody of a pet is just as important. Indeed, many people treat their “fur babies” the same as they would their human children.

Florida law, however, does not see it that way. When it comes to a divorce proceeding, the courts in this state are required to treat pets as a form of “personal property.” This means that if a divorcing couple owned pets together and cannot agree on who will take possession, it is left for a judge to decide. And unlike a child, a court will not give the other party “visitation rights,” as again, this concept is legally inapplicable to pets.

A recent decision from the Florida Second District Court of Appeal, Harby v. Harby, illustrates how these rules work in practice. This case involved a couple that was married and lived in Florida for 17 years. The couple separated in 2017. The wife subsequently moved to North Carolina and filed for divorce in Florida.

The parties were able to resolve most of their issues through a negotiated Marital Settlement Agreement (MSA). But a few unresolved issues were left to the court to decide, including who would take possession of the couple’s two dogs. The wife testified that she considered one of the dogs, Liberty, to be her “emotional support dog.” However, the dogs were left with the husband when the wife moved to North Carolina. The judge ultimately found that the wife was in “good health” and did not have any “physical or mental disabilities.” As such, and given that both parties agreed the two dogs should not be separated from one another, the judge left both animals to the husband.

On appeal, the now-former wife argued the trial court’s ruling was “arbitrary, capricious, and unsupported by the record.” She reiterated her position that Liberty was an emotional support animal. The Second District affirmed the trial judge’s ruling. The appellate court did acknowledge that emotional support animals “are typically given special considerations under the law,” but that was usually in the context of servicing a person with a documented disability of some sort. The mere fact that Liberty was “emotionally comforting” to the former wife did not automatically elevate the dog to the status of emotional support animal. Indeed, the Court observed that most pets provide some form of emotional comfort to their owners.

But at the end of the day, the Second District said the trial court’s primary role was to make an equitable division of marital property. The court could take into account a “party’s sentimental interest in property,” but there were other factors that needed to be legally considered as well. In this case, the appellate court said the trial judge did not abuse their discretion in awarding the dogs to the former husband.

There are many factors that make divorce emotionally difficult for the parties involved. If you need skilled legal guidance from a qualified Tampa divorce lawyer, contact the Faulkner Law Group, PLLC, today to schedule a consultation.

By Faulkner Law Group, PLLC | Posted on January 26, 2022
« Will I Have To Serve Probation Or Take A Substance Abuse Course Following A DUI Conviction?
When Can I Seek An “Emergency” Modification Of Child Custody In Florida? »