Can A Florida Court Award Alimony And Child Support In One “Lump Sum”? 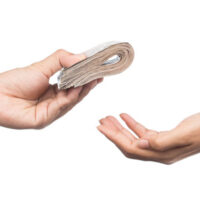 If the couple in question also has minor children, the court may issue a temporary child support order as well. Alimony and child support are not one-in-the-same. Child support is based on the child’s needs as determined by a specific set of state guidelines.

In any divorce case, it is necessary for the court to clearly differentiate the amount of temporary child support and the amount of any temporary alimony. It is not appropriate to “lump” the two together without making that distinction.

The Florida Fourth District Court of Appeal reiterated this principle in a recent decision, Shaw v. Shaw. In this case, a wife filed for divorce from her husband. In her petition, she also sought temporary child support and alimony.

At a subsequent hearing, the court heard evidence that the wife was a stay-at-home mother whose expenses exceeded her income. The husband presented evidence that his ability to pay support was limited due to COVID-19 related income losses and an outstanding settlement involving a former business partner.

The court ultimately decided the wife was entitled to temporary support of $10,000 per month. The judge further made this award retroactive and ordered the husband to pay approximately $142,000 in alimony and child support dating back to when the wife filed for divorce. The husband appealed.

On appeal, the Fourth District agreed with the husband that the trial judge erred in failing to differentiate alimony from child support in his order. While the evidence supported an award of both, the law still required the trial judge to “identify which share of the award was for child support and which was intended to be alimony.” The main reason for differentiating the two is so that it is clear whether the court followed Florida’s guidelines for child support.

So while the Fourth District did not say the award of $10,000 per month was inappropriate, it did order the trial court to divide the award between child support and alimony respectively.

Even when both parties agree that a marriage is over and divorce is their best option, legal disagreements can still arise over issues involving alimony and child support. That is why it is important for each spouse to work with a qualified Tampa divorce lawyer who can represent their interests. Contact the Faulkner Law Group, PLLC, today to schedule a free confidential consultation with a member of our family law team.

By Faulkner Law Group, PLLC | Posted on July 5, 2022
« The Dangers Of Talking To The Police In A Non-Custodial Situation
How Failing To Stop And Render Aid Following A Car Accident Can Lead To Felony Charges »