How Does The “Insanity Defense” Work? 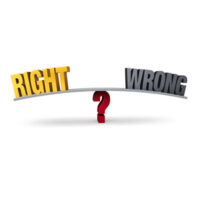 In television courtroom dramas, you will often see fictional defense lawyers present an “insanity defense” in an attempt to get their clients off. In reality, the use of the insanity defense is quite limited and restricted. In federal criminal cases, for example, the law states that it is an affirmative defense in a criminal case that “at the time of the commission of the acts constituting the offense, the defendant, as a result of a severe mental disease or defect, was unable to appreciate the nature and quality or the wrongfulness of [their] acts.”

To put it another way, the mere fact that a defendant suffers from a mental disorder or defect is not a defense to a crime. “Insanity” is only relevant if it renders the defendant unable to distinguish right from wrong at the moment of the crime. That said, psychiatric evidence may still be relevant to other issues at trial, such as whether or not the defendant formed the necessary criminal intent to commit a particular offense.

Again, however, it is important to understand that simply offering proof of a mental disorder is not a magic wand that will make a criminal case disappear. A recent decision from the U.S. 11th Circuit Court of Appeals, United States v. Litzky, offers a cautionary tale in this regard. This case involved a defendant charged with the production and possession of child pornography.

This case began when another man, who was in a relationship with the defendant, was pulled over for a routine traffic stop. During the stop, the man admitted he had images of child pornography on his phone. Under further questioning, the defendant admitted that he and the defendant had taken pornographic images of their two daughters. Federal law enforcement later questioned the defendant, who eventually admitted to producing the pictures and sending them to her partner’s phone.

Prior to trial, the defense retained an expert to assess the defendant’s mental state. The expert said the defendant was herself the victim of sexual abuse as a child and suffered from a mild intellectual disability and post-traumatic stress disorder. The government objected to his expert testifying at trial, however, and the judge agreed. The court noted that the expert offered no admissible opinions as to the defendant’s “specific state of mind at the time of the charged offenses.”

The jury proceeded to convict the defendant. On appeal, the 11th Circuit upheld the verdict. It held the trial court’s decision to bar the expert from testifying was appropriate. At best, the expert’s opinions suggested the defendant was “in a position of extreme vulnerability” due to her mental disorders. But “vulnerability connected to intellectual disability isn’t a basis for acquittal,” the appellate court said.

Child pornography and similar sex crimes often bring down the full weight of the government against an accused wrongdoer. If you are facing an investigation or formal charges for such a crime, you need to work with a qualified Tampa sex crimes lawyer who will represent and defend your interests. Contact the Faulkner Law Group, PLLC, today to schedule a free consultation with a member of our team.

By Faulkner Law Group, PLLC | Posted on March 16, 2022
« Will An Appeals Court Re-Weigh The Evidence Against Me?
Can Police Post Signs On Your Lawn Telling Children To Stay Away? »