Will An Appeals Court Re-Weigh The Evidence Against Me? 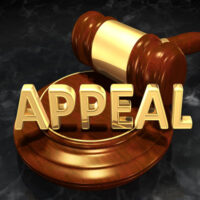 When a person has been convicted of a criminal offense in Florida, they have the right to an appeal. The appellate process itself is sometimes misunderstood. An appeal is not a new trial. An appeal may lead to a new trial, but the appellate court itself will not retry a case or re-weigh the evidence for or against the defendant.

The reason for this is that the jury–or the trial judge, if the defendant decides to waive their right to a jury–is the “finder of fact.” This means the jury weighs the evidence, including the credibility of the witnesses who testify, and decides who to believe. The appellate court is not going to second-guess these credibility decisions.

What an appellate court will do is look for any legal errors made during the trial. For example, if the judge admitted evidence that should not have been considered by the jury, the appellate court may decide that is sufficient grounds for ordering a new trial. Similarly, if the judge incorrectly instructed the jury on the law–as opposed to the facts–that too can lead to reversal of a criminal conviction.

Once again, however, you should never expect an appellate court to throw out a jury verdict just because you think the jury got it wrong. A recent decision from the Florida First District Court of Appeal, Segura v. State, provides a useful illustration. In this case, a jury convicted the defendant on four counts of first-degree murder and imposed a life sentence.

On appeal, the defendant argued that he was entitled to a new trial in the “interest of justice.” More precisely, he insisted that the “overwhelming nature of the unrebutted evidence of innocence” presented at trial left “no room for rational minds to disagree about the fact the- State failed to carry its burden [of proof].”

But as the First District explained, this was little more than a request for the appellate court to re-weigh the evidence. There was “no legal support” for this request, the First District said, and accordingly it denied the defendant’s appeal. While Florida court rules do allow a court to grant post-conviction relief “in the interest of justice,” a defendant must first establish “a legal entitlement to relief.” And that relief cannot include a “re-weighing of the evidence” by the appellate courts.

If you have been convicted of a felony or misdemeanor offense and need independent legal advice with respect to an appeal or other post-conviction relief, it is best to speak with an experienced Tampa criminal defense lawyer. Similarly, if you are facing trial it is crucial to work with a trial attorney who can help call attention to potential mistakes before they become issues for appeal. Contact the Faulkner Law Group, LLC, today to schedule a consultation with a member of our criminal defense team.

By Faulkner Law Group, PLLC | Posted on March 8, 2022
« How Does The “Excited Utterance” To The Hearsay Rule Work In A Florida Criminal Trial?
How Does The “Insanity Defense” Work? »