Understanding Your Right To Be Present At Your Own Criminal Trial 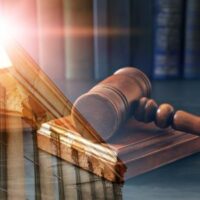 The Sixth Amendment to the U.S. Constitution guarantees every person accused of a crime the right to a trial where they may confront the witnesses and evidence against them. This includes the defendant’s right to be present at every “critical stage” of the trial process, including sentencing following a conviction. Of course, a defendant can effectively waive that right by failing to show up for a court hearing. But what if the defendant is absent due to circumstances beyond their control?

Appeals Court: Judge Improperly Sentenced Absent Defendant Who Was in the Emergency Room

The Florida Fourth District Court of Appeal recently addressed this question. The case before the court, Reynolds v. State, involved a defendant charged with several dozen felonies related to racketeering and theft. The defendant entered into a plea agreement with the prosecution. In exchange for testifying against the other co-defendant in the racketeering case, the prosecution agreed to a particular sentencing recommendation.

The actual sentencing hearing was delayed until after the defendant had a chance to testify in the other trials. On the date of the scheduled hearing, however, the defendant was at the hospital in the emergency room. The defendant texted his attorney that morning to let him know of his whereabouts. The defense attorney asked the judge to continue the hearing. The prosecution objection, however, and insisted the court proceed to sentence the defendant in absentia.

Under the rules governing Florida criminal trials, a judge can proceed with sentencing after a defendant has already entered a guilty plea and “thereafter absents himself or herself from sentencing.” The rule does not distinguish between voluntary and involuntary absences. The judge therefore decided to go ahead and pronounce the sentence based on the terms of the earlier plea agreement.

The right to be present at your own trial begins with your first appearance in court, which is typically an arraignment. It extends to any part of the trial when a jury is present, including the announcement of the verdict. But to reiterate, if you voluntarily choose to “absent” yourself from the proceedings after they have begun, the court can choose to proceed without your presence. You may also face the possibility of arrest if you are out on bail pending trial.

If you have additional questions about your rights in a criminal trial, and especially if you need representation, it is best to speak with a qualified Tampa criminal attorney. Contact the Faulkner Law Group, PLLC, today to schedule an initial consultation with a member of our team.

By Faulkner Law Group, PLLC | Posted on June 14, 2021
« How The Hearsay Rule Applies To Expert Witnesses In Criminal Trials
Can A Judge Dismiss A Juror In The Middle Of Deliberations? »