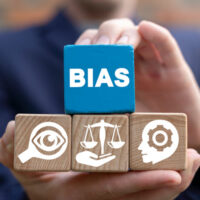 The right to a jury trial requires that the individual jurors are themselves impartial. In this context, impartiality means the jurors do not rely on any preconceptions about the defendant’s guilt or innocence before hearing the evidence. It also means that jurors will not infer guilt based on improper considerations, such as a defendant’s decision not to testify.

A recent decision from the Florida Second District Court of Appeal, Miller v. State, highlights the critical role of juror impartiality in protecting a defendant’s constitutional rights. In this case, the defendant was charged with a drug-related crime and tried in 2015. A jury convicted the defendant. Several years later, the defendant filed a motion for postconviction relief, citing a number of deficiencies with his original trial.

As relevant here, the Second District focused on a single claim alleging ineffective assistance by the defendant’s trial counsel. Specifically, the defendant said his trial attorneys failed to object to the seating of a juror who demonstrated bias during pretrial selection. During voir dire–the period when attorneys question potential jurors–defense counsel asked a particular juror, “Would it bother you if [the defendant] exercised his constitutional Fifth Amendment right to remain silent and did not testify today?” This juror replied, “I’ve never understood. It always seems like it’s an admission of guilt by not speaking.”

Despite these statements, defense counsel did not challenge the seating of this juror for cause. That juror was ultimately seated with the panel that tried and convicted the defendant. As suggested by counsel’s question, the defendant elected not to testify.

In his postconviction motion, the defendant argued his trial counsel’s failure to strike the juror in question for cause constituted ineffective assistance. The postconviction court rejected this claim, noting the defendant himself “had accepted the panel on the record” after speaking with his attorneys during the jury selection process.

On appeal, however, the Second District said the defendant was entitled to a new trial. The appellate court noted that the lead trial counsel, an experienced criminal defense attorney, was not present in the courtroom when the juror made her statement about assuming a defendant who did not testify was guilty. A relatively inexperienced co-counsel conducted the questioning, and the Second District said it was “unclear if lead counsel was even aware” what the juror had said. It was also unclear if counsel ever discussed the matter with the defendant prior to the final jury selection.

More to the point, the defendant said he did not know that his lawyers could challenge a juror for-cause based on her statements. Had he known, he would have certainly objected before the trial judge. Given all this, the Second District said trial counsel’s performance was “deficient” and post-conviction relief was justified.

Everyone makes mistakes. But a trial attorney’s errors should never deprive the defendant of a fair trial. If you need legal advice or representation from a qualified Tampa appeals and post-conviction relief lawyer, contact the Faulkner Law Group, PLLC, today.

By Faulkner Law Group, PLLC | Posted on April 27, 2022
« Can The State Object To The Appointment Of Post-Conviction Counsel?
Can My Ex Still Inherit Under My Will? »