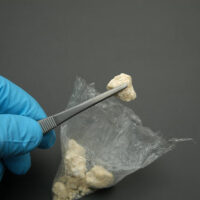 Before 2010, there was a significant disparity in how different types of cocaine-related drug crimes were sentenced in the federal court system. Basically, a person caught with crack cocaine faced the same sentence as if they possessed 100 times the amount of powder cocaine. This meant, for instance, that a defendant faced a sentence of 10 years to life in prison for possessing either 50 grams of crack cocaine or 5,000 grams of powder cocaine.

Recognizing the disproportionate nature of these penalties, Congress passed the Fair Sentencing Act in 2010. This law raised the amount of crack cocaine necessary to trigger the highest penalty levels. It effectively reduced the prior 100-to-1 ratio to 18-to-1.

The 2010 Act was not retroactive. That is, defendants sentenced based on the prior 100-to-1 law could not ask for a reduction or modification of their sentence. But in 2018, Congress passed the First Step Act. This new law was a package of comprehensive reforms to the federal criminal justice system. The First Step Act expressly authorized federal judges to reduce the sentences of crack-cocaine offenders sentenced prior to 2010.

A judge is not required to reduce a pre-2010 sentence. But the court is required to give a defendant basic due process in considering a request for a reduction. This means holding a proper hearing and considering any evidence presented by the defendant.

The U.S. 11th Circuit Court of Appeals recently addressed this issue. In United States v. Smith, a defendant received a sentence of 210 months in federal prison in 2007 after he was convicted of crack cocaine possession. In 2019, the defendant wrote a letter to the court asking if he was eligible for a sentence reduction under the First Step Act. The defendant was not represented by counsel at the time, although he asked the court to appoint a federal public defender.

On appeal, the 11th Circuit held the judge’s refusal to allow briefing and litigation was legal error. The appellate court noted that the defendant never had “an opportunity to present arguments in support of his request for a sentence reduction under the First Step Act.” While the judge has broad discretion to grant or deny a sentence reduction, the 11th Circuit said that the trial judge was still required to actually hear from the defendant before making a decision. Since that did not happen here, the defendant was at least entitled to a hearing.

There are a number of situations where a person convicted of a crime may be eligible for a sentencing reduction or other relief based on changes to the law. A qualified Tampa appeals and post-conviction lawyer can guide you through this process. If you, or someone in your family, needs legal assistance contact the Faulkner Law Group, PLLC, today to schedule a free confidential consultation.

By Faulkner Law Group, PLLC | Posted on June 20, 2022
« How Spending During A Divorce Can Affect The “Equitable Distribution” Of Marital Property
The Dangers Of Talking To The Police In A Non-Custodial Situation »