Can The State Object To The Appointment Of Post-Conviction Counsel? 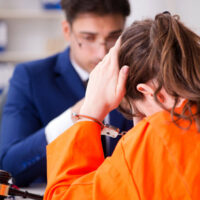 When a person is convicted of a crime in Florida state court, they have the right to file at least one appeal. After exhausting all possible state appeals, a person may then pursue what is known as a federal habeas corpus review. Habeas corpus refers to the inherent authority of federal courts to review the unconstitutional or unlawful detention of an individual by the state. Habeas review is what is therefore considered a “collateral” attack on a state conviction.

As with any legal proceeding, you have the right to employ counsel to assist you in seeking federal habeas review. But unlike a trial, you do not have the right to a state-appointed lawyer. Nevertheless, there are public defenders who will provide legal assistance if a defendant cannot afford their own attorney.

The U.S. 11th Circuit Court of Appeals recently addressed an unusual situation where the State of Florida attempted to object to the Federal Public Defender’s decision to represent a state criminal defendant facing a death sentence. Florida prosecutors originally charged the petitioner with first-degree murder several decades earlier. Indeed, the defendant was previously convicted and exhausted his state appeals and an earlier round of federal habeas review without success.

In 2020, the Federal Public Defender filed a motion in federal court to represent the petitioner in state court so he could pursue a Brady claim. A Brady violation occurs when prosecutors fail to disclose evidence in their possession that could exonerate the defendant or undermine the government’s case. Here, the petitioner alleged there was evidence that prosecutors failed to disclose information that could have been used to challenge the credibility of a key government witness at trial. The petitioner needs to pursue this new Brady claim in state court before proceeding with another request for federal habeas review.

One way to avoid these types of situations is to hire your own attorney to handle any petitions for post-conviction relief. An experienced Tampa appeals lawyer can review your case and advise you of your options. Contact the Faulkner Law Group, PLLC, if you need to speak with someone right away.