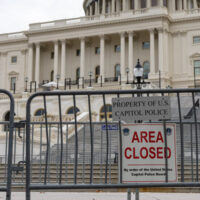 Federal authorities recently unsealed an indictment against a Florida man who is charged with rioting and attacking police officers during the January 6th riots. The riots occurred amidst a Twitter storm initiated by deposed president Donald Trump who claimed the election had been unlawfully stolen from him. Trump attempted to leverage several governors to recount the vote, but the states refused to comply with his requests. Trump did not go away quietly. Instead, he rallied the support of his base which believed that Biden had stolen the election despite no evidence of those claims. This culminated in a protest that turned into a riot while then-president-elect Joe Biden’s electoral votes were being counted.

Today, charges related to those riots have been handed out with prosecutions resulting in guilty pleas or convictions. The most complex cases will take longer to settle as the allegations against the defendants are much more serious.

At the low end, you have defendants facing charges of disorderly conduct on the capitol and entering a restricted area. On the high end, you have the organizers and those who committed batteries and assaults against officers. The most recent allegations include charges that the individual elbowed a police officer, pushed against riot shields, attempted to take a riot shield from a police officer, and threw a baton into a line of police officers. Among the most serious charges are those that he assaulted a peace officer and brought a dangerous weapon into a restricted area.

Thus far, the longest term of any individual who was charged in the January 6 riots is just over 7 years. He faced similar charges to those the current defendant is facing including assaulting law enforcement and entering a restricted area with a firearm. Prosecutors had asked for a 15-year sentence. They also asked the courts to apply a terrorism enhancement to the charges. The judge denied the request as American citizens are almost never charged under terrorism statutes. Had the enhancement been applied, the defendant would have been labeled a domestic terrorist. Thus far, none of the suspects in the January 6 cases have been convicted on terrorism charges. The defendant was one of the few so far who had taken his case to trial. His attorney argued that the DOJ wanted to fire a warning shot across the noses of the other defendants by seeking the most serious possible penalties, including terrorism charges. The request was thus denied. It may have been different if the prosecutors had pursued terrorism charges at the outset. But filing a request for enhanced charges as a response to someone’s decision to fight at trial is considered poor form, although it does happen.

If you were involved in the January 6 riots, you will likely be facing federal charges related to any unlawful conduct that occurred that day. An attorney can help prevent you from facing a 7-year sentence related to those charges. Call the Tampa criminal defense lawyers at the Faulkner Law Group today to learn more.