How The “Good Faith” Exception Protects Even Bad Search Warrants 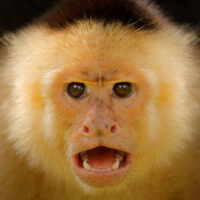 The Fourth Amendment normally requires the police to obtain a warrant before searching private property. Evidence obtained in violation of this requirement is inadmissible in court as evidence against a criminal defendant. Of course, there are a number of exceptions to this general rule.

One of them is known as the “good faith” exception. This basically holds that even assuming that certain evidence was obtained in an unconstitutional or illegal search, it may still be admitted if the officers acted upon “an objectively reasonable good faith belief that their conduct was lawful.” In other words, if the officers thought they had a valid warrant, anything they recover in a search is admissible, even if it turned out the warrant was defective in some way.

Here is an example of how judges apply this rule in practice. In a pending Florida criminal case, United States v. Hammonds, a defendant faces multiple federal charges arising from his “alleged involvement in the unlawful trafficking of endangered or otherwise regulated monkeys on the wildlife black market.” This unusual case began when California officials received complaints that a well-known musician possessed a capuchin monkey, which is illegal in California.

The singer’s aunt later claimed the monkey belonged to her and that she purchased the animal from the defendant, who was a licensed monkey breeder in Florida. The defendant told authorities he did make such a sale and provided documentation. The authorities became suspicious, however, and continued to investigate the defendant’s business practices.

Eventually, a Florida judge issued a search warrant for the defendant’s cell phone. The warrant was based on information provided by two affidavits that detailed purported irregularities related to the sale of the capuchin monkey. The judge issued the warrant and the investigators seized the defendant’s phone.

In court, the defendant challenged the seizure under the Fourth Amendment. He argued the warrant itself was unconstitutional as it did not specify the defendant’s alleged crime and the scope was too broad, as the police searched data that predated the birth of the capuchin monkey he allegedly sold.

The judge said the warrant was valid. While the investigation may have initially focused on the sale of a particular animal, the court noted the affidavits used to support the warrant also alleged the defendant had “engaged in a series of wildlife-trafficking conspiracies over the course of several years.”

More to the point, even assuming the warrant was somehow defective, the good faith exception still made the evidence admissible. The officers who seized the defendant’s phone “acted in reasonable reliance on a search warrant issued by a neutral magistrate judge.” The officers had no reason at the time to believe the warrant was invalid. So the evidence was still valid.

When you are on trial for any crime, you have the right to scrutinize the actions of the police, as well as any other evidence the state may present against you. An experienced Tampa criminal defense attorney can help. Contact the Faulkner Law Group, PLLC, today if you need to speak with a lawyer right away.