The Importance Of Venue In A Florida Criminal Trial 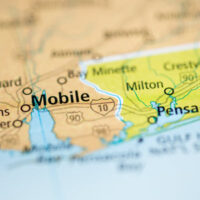 In a criminal trial, the venue refers to the geographic place where the matter is actually heard by the court. For state crimes, venue is typically vested with the circuit court where the alleged criminal act occurred. Similarly, federal crimes in Florida are tried in one of three district courts, representing the Northern, Middle, and Southern parts of the state, respectively.

A defendant has a basic constitutional right to be tried in the proper venue. In other words, if your alleged crime occurred in Florida, you cannot be tried in Alabama. The prosecution must establish by a “preponderance of the evidence” that venue is properly vested with a particular court. While this is not generally too difficult, there are scenarios where the nature of an alleged offense can make it complicated to figure out the correct venue.

A recent decision from the U.S. 11th Circuit Court of Appeals, United States v. Smith, offers a useful illustration. In this case, a federal defendant was in fact tried in Florida when he should have been tried in Alabama. The appellate court therefore reversed the defendant’s convictions and ordered a new trial in the proper venue.

Here is some background on the case. The defendant lived in Mobile, Alabama. The defendant was also an experienced software engineer and fisherman. At the prompting of a friend, the defendant accessed a website called StrikeLines, a Florida-based company that sells location data for artificial reefs to fishermen. The defendant managed to obtain access to this data without the permission of StrikeLines’ owners. According to prosecutors, the defendant then posted the data he obtained to Facebook.

Later, the defendant made contact with StrikeLines and offered to take down his posts if the company provided him with some coordinates he was interested in. The talks broke down, however, and when the defendant refused to remove his Facebook posts, StrikeLines called law enforcement. This led to the defendant’s indictment and trial in the Northern District of Florida for computer fraud, theft of trade secrets, and transmitting an extortion threat across state lines. A jury convicted the defendant on the trade secrets and extortion charges.

On appeal, the 11th Circuit agreed with the defendant that the Northern District of Florida was not the proper venue for the theft of trade secrets charge. As the Court explained, a key element of this crime is that the “defendant must steal, take without authorization, or obtain by fraud or deception trade-secret information.” This conduct must occur “in the same location as the trial.”

There are a number of procedural issues that can affect the validity of a criminal trial. An experienced Tampa criminal lawyer can help ensure your rights are respected throughout this difficult process. Contact the Faulkner Law Group, PLLC, today to schedule a free consultation.

By Faulkner Law Group, PLLC | Posted on May 17, 2022
« The Government’s Burden Of Proof At Criminal Sentencing
How The “Good Faith” Exception Protects Even Bad Search Warrants »