Watch Out For Summertime DUIs 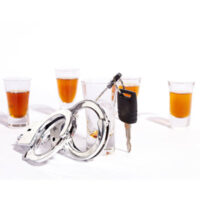 For many people, summer is one of the best times of the year. Most people find a little more time to relax and socialize over the summer while they enjoy the warmer weather. However, summer also comes with some added risks, one of which is drunk driving. Summer is one of the most dangerous times of year to be on the road, and police know this. In addition to more young and inexperienced drivers due to teenagers having the summer off from school, increased social events and social drinking result in increased speeding and DUIs during the summer months. This also means that there are a lot more accidents caused by drunk drivers. In fact, it’s estimated that 28% of all drunk driving accidents occur during summer. In order to combat this increase, police increase their presence on highways and roadways during the summer months. Particularly on weekends and at night. Additionally, police will be more likely to breathalyze you if you are involved in an accident.

What to Know About Summertime DUI Charges

Most people know that if they drive with a BAC level over .08 they can be charged with a DUI, but did you know that passing the breathalyzer doesn’t always get you off the hook? While breath and blood tests are one way of being charged with a DUI, the police do not actually need a test result in order to charge you. In fact, they can charge you with a DUI merely on the basis of their own observations. For instance, if they see you swerving, speeding, or otherwise driving erratically and smell alcohol on you or have any reason to suspect that you are under the influence of drugs or alcohol, they can charge you with DUI. While this may be frustrating, the good news is that these charges are the easiest to fight in court. There are plenty of reasons that don’t involve alcohol that can account for erratic driving, and these reasons can be used to rebut the police officer’s allegation that you were under the influence.

How a Lawyer Can Help

Regardless of the basis for your charges, a lawyer can help you fight them. Just because you have been charged with DUI does not mean that you have to be convicted of it. Hiring an attorney gives you the best chance of keeping a DUI off of your criminal record. Your lawyer can help you challenge the evidence against you and work to get your charges dropped or even dismissed. The sooner you retain counsel, the sooner they can start working for you.

If you have been charged with drunk driving and are now facing charges in Florida, the experienced Tampa criminal defense attorneys at the Faulkner Law Group will fight to ensure the best possible outcome in your case, which may be getting the charges reduced or even dropped. If you want to know how to avoid a mark on your record, contact us today to schedule a consultation.

By Faulkner Law Group, PLLC | Posted on August 23, 2022
« Can The Police Order You Out Of Your Car During A Traffic Stop?
Why To Consider Mediation For A Divorce »