What Constitutes a Felony DUI in Florida? 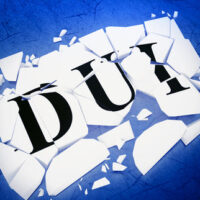 Facing a DUI charge can be a scary experience. A DUI conviction can change your life, especially when it’s for a felony offense. Florida law imposes stiff penalties, which typically include incarceration, fines, or both. You will have a criminal record that can affect your ability to get a job, rent an apartment, apply for a professional license, and more. If you are being charged with a felony DUI in Florida, you need to contact a skilled Tampa DUI attorney.

People often think of a DUI as only drinking and driving, but it can also involve chemical substances. This means illegal drugs, prescribed medications, and even over-the-counter medications. In these cases, the court doesn’t need to show what your blood alcohol level was, they just need to prove that your normal faculties were impaired.

If many DUIs are charged as misdemeanors, you may be wondering what it takes to become a felony charge. Here’s a look at some of the most common ways you can be charged with a felony DUI in Florida.

One reason to hire an experienced Tampa criminal defense attorney is to help prepare the best defense possible. Don’t assume that if you are arrested and charged, there is no hope of an acquittal or plea bargain. In many cases, there may be valid defenses that are available. It’s important to build the strongest case possible, as even a minor conviction can wreak havoc on your life for years to come.

If you have been arrested for a felony DUI charge, you need legal assistance right away. Let the experienced criminal defense team at Faulkner Law Group, PLLC help. Contact our office today to schedule an initial free consultation.

By Faulkner Law Group, PLLC | Posted on May 20, 2020
« Do I Need an Attorney for a Tampa Traffic Offense?
What to Expect in the Florida Divorce Process? »