Close Menu
Tampa Family Lawyer > Blog > Criminal > Can A Judge Use My Claim Of Innocence Against Me At Sentencing?

Can A Judge Use My Claim Of Innocence Against Me At Sentencing? 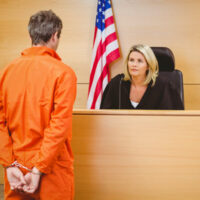 As you probably know, you have a constitutional right against self-incrimination. This means you cannot be compelled to testify at your own criminal trial. Of course, you can still choose to testify but anything that you do say could be used against you.

When a person is convicted of a crime, there is usually a separate sentencing hearing. The defendant may elect to make a statement at that time, although again they cannot be required to say anything. In some cases, the defendant may decide to accept responsibility for the crime and express remorse to the judge in hopes of receiving a less-severe sentence.

But can the judge cite a refusal to accept responsibility as grounds for imposing a harsher sentence? The Florida Supreme Court recently addressed that question. In Davis v. State, prosecutors charged the defendant with illegal possession of a firearm by a previously convicted felon. At trial, prosecutors painted the defendant as a possible gang member with a long history of criminal activity. The jury ultimately convicted the defendant on the weapons charge.

At sentencing, the defendant chose to make a statement in which he said he was innocent. He said the gun recovered by police did not belong to him. He also criticized the performance of his own defense attorney. The judge decided to impose the maximum sentence available–15 years in prison–noting among other factor’s the defendant’s “failure to take any responsibility” for the crime.

The Florida First District Court of Appeal, reversing its own precedent, later upheld the sentence, holding that a defendant’s “lack of remorse and refusal to accept responsibility can be valid sentencing considerations when sentencing within the statutory range.” The defendant then asked the Florida Supreme Court to review his case, which the Court agreed to do.

Unfortunately, the Supreme Court upheld the First District’s ruling. The Court noted that the trial judge “had numerous valid reasons for imposing the maximum sentence here.” But in fact, the judge need not cite any specific reason beyond the “fact of the conviction” itself to support a sentence within the statutory range. The judge may consider other factors, including a defendant’s failure to accept responsibility for the crime when making a voluntary statement at sentencing, but it is not essential. More to the point, the Supreme Court said the consideration of such a factor does not violate a defendant’s constitutional right to due process.

It can be frustrating to deal with the criminal justice system when you believe you have been falsely accused. An experienced Tampa criminal lawyer can provide you with skilled legal advice and representation at all stages of your case. If you need to speak with an attorney right away, contact the Faulkner Law Group, PLLC, today to schedule a free confidential consultation with a member of our criminal defense team.

By Faulkner Law Group, PLLC | Posted on February 23, 2022
« What Happens If My Lawyer Failed To Call A Key Witness At My Criminal Trial?
How Does The “Excited Utterance” To The Hearsay Rule Work In A Florida Criminal Trial? »