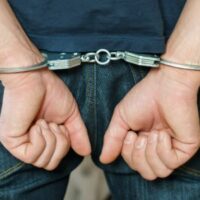 Tampa businesses have experienced a rash of burglaries lately, and the Tampa PD believes they have just found the person responsible. Four area businesses have been burglarized and the police quickly noted that these burglaries shared a lot of similarities. For starters, in each case the business’s front door or window was smashed to gain entry and then its cash register was targeted. Vincent & Tampa Cigar Company, at 3103 N Howard Avenue, was the latest business to be targeted. The suspect threw a rock through the business’s window to get inside, and then went straight for the cash register. The suspect was successful in stealing an unknown amount of money before he fled by bicycle. Earlier this month, the Tampa Steak Company, at 1720 West Columbus Drive, was hit in a similar fashion. In that incident, the suspect used a brick to smash the front glass window. However, when he was unable to enter due to a locked door, he gave up and left on his bicycle. There were two additional incidents of burglary at La Oriental Bakery at 3117 West Columbus Drive and Chiles Mexican Restaurant at 3247 West Columbus Drive as well. In these cases, the suspect smashed the front glass doors of the restaurant with a brick in order to get inside, and then went to take whatever was in the cash registers.

Tampa PD say that they were able to determine after the Tampa Steak Company attempted burglary that this was an ongoing pattern, and have now identified 53-year-old Tommy Lee Russell as the suspect. Russell has been placed under arrest for the crimes. No additional information has been released on what the exact charges are, but it’s safe to assume that burglary and attempted burglary will be among a fairly long list of them. When the police questioned Tommy Lee Russell he confessed to burglarizing Vincent & Tampa Cigar Company as well as the Tampa Steak Company. It is unclear whether he has acknowledged responsibility for the additional incidents at Chiles and La Oriental Bakery as well.

What Are the Penalties for Burglary in Florida?

The penalty for burglary depends on the degree of the crime. Burglary is a felony in Florida, however, it can be charged as a first, second, or third degree felony depending on the circumstances of the crime. A third-degree felony is the least serious, and occurs when someone breaks into an empty dwelling. This carries a possible sentence of 5 years in prison or 5 years probation. If there is another person present in the structure that the burglar enters, it can be charged as a second degree felony, which carries a sentence of up to 15 years of prison time. A first-degree felony occurs when a weapon is used or possessed or more than $1,000 of damage is made to the property. This is punishable by a fine of up to $15,000 and the potential for life behind bars.

If you are facing charges for burglary in Florida, it’s important to have an experienced criminal defense attorney on your side. Never talk to the police without a lawyer, and do not confess without first getting legal counsel. Contact the Tampa criminal defense lawyers at the Faulkner Law Group today to schedule a consultation.

By Faulkner Law Group, PLLC | Posted on November 4, 2022
« Do I Have To Take A Breathalyzer Test?
How To Prepare For Divorce Mediation In Florida »