The Government’s Burden Of Proof At Criminal Sentencing 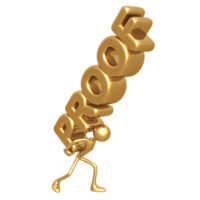 In federal criminal cases, a judge will consult a set of non-binding rules called the Federal Sentencing Guidelines when assessing a convicted defendant’s punishment. The guidelines are no longer mandatory following a 2005 United States Supreme Court ruling, but judges must still consider the recommended penalty range from the guidelines when crafting a particular defendant’s sentence.

The guidelines contain a number of potential “enhancements” that can be used to increase the severity of a sentence. At sentencing, the government has the burden to prove the facts justifying an enhancement by introducing “sufficient and reliable evidence” to prove the factual assertion “by a “preponderance of the evidence.” This is not as strict a burden as the need to prove a defendant’s guilty “beyond a reasonable doubt” at trial, but it still requires some proof when a given fact is in dispute.

A recent decision from the U.S. 11th Circuit Court of Appeals, United States v. Washington, illustrates the importance of these requirements in practice. In this case, a grand jury indicted the defendant with bank fraud and conspiracy to commit bank fraud. Essentially, the prosecution argued that the defendant and several other individuals used fraudulent loan documents to obtain mortgages for condos.

The defendant went to trial and a jury found him guilty. Before sentencing, the federal probation office prepared a presentence investigation report, which is standard procedure for assessing a defendant’s recommended sentence under the guidelines. The report asserted that the defendant had received approximately $134,000 in funds from the bank fraud and that the “loss attributable to his criminal conduct was $736,791.01.” That figure was significant because it determined the type of “enhancement” applied by the guidelines.

The defendant objected to the $736,791.01, noting it was “inaccurate” and indeed not supported by the evidence the government provided during pre-trial discovery. In response, the prosecution provided the court with a spreadsheet detailing the amounts lost in each transaction involved in the bank fraud conspiracy. The judge accepted this as sufficient evidence and applied the appropriate enhancement when imposing a final sentence of 37 months in prison and $736,791.01 in restitution.

The 11th Circuit, however, agreed with the defendant that the government failed to meet its burden of proof. The defendant clearly disputed the $736,791.01 figure at sentencing. The prosecution did not present any witnesses or documents to support its figure, just the previously mentioned spreadsheet. The spreadsheet, in turn, summarized other documents, “some” of which were not introduced at trial. It was the “some” that bothered the appellate court, which held the defendant was entitled to a new sentencing hearing.

Many seemingly small factors can have an enormous impact on a criminal trial. That is why if you are the one standing trial, it is in your best interest to work with an experienced Tampa criminal defense lawyer. Contact the Faulkner Law Group, PLLC, today to speak with a member of our team.

By Faulkner Law Group, PLLC | Posted on May 11, 2022
« Can My Ex Still Inherit Under My Will?
The Importance Of Venue In A Florida Criminal Trial »