What Evidence Is Admissible In A Parole Revocation Hearing? 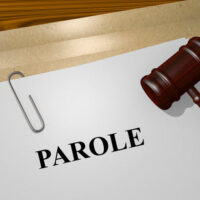 When a person is given probation–or “supervised release,” as it is known in the federal court system–they must follow a number of conditions in order to stay out of jail. As you might expect, one of those conditions is that the defendant cannot commit any additional crimes. If prosecutors have reason to believe the defendant has violated this rule, they can seek to revoke probation and send the defendant to prison.

Now, it is important to understand that when a defendant on supervised release is accused of committing new criminal offenses, they do not have the same due process rights as they did when initially tried. For one thing, a judge will decide if the defendant committed the new crimes. There is no jury. Additionally, the prosecution’s burden of proof is much lower. Instead of having to prove the defendant’s guilt “beyond a reasonable doubt,” the standard is the significantly lower “preponderance of the evidence.” In other words, the prosecution need only prove that it was more likely than not that you committed the new crime.

Other rules of evidence normally applicable in a criminal trial may also not apply with the same force in a hearing to revoke probation. A recent unpublished decision from the U.S. 11th Circuit Court of Appeals, United States v. Salter, provides a helpful example. In this case, the defendant was on federal supervised release following a prior criminal conviction. Prosecutors subsequently charged the defendant with multiple parole violations, including possession of a firearm and illegal drugs.

Following a hearing, the judge decided to revoke the defendant’s supervised release and sentenced him to nearly 5 years in federal prison. On appeal to the 11th Circuit, the defendant argued the judge improperly considered three pieces of inadmissible hearsay as evidence.

The 11th Circuit rejected this argument and upheld the trial court’s order revoking probation. As an initial matter, the appellate court explained that the normal Federal Rules of Evidence “do not apply in supervised-release proceedings.” That said, the admission of hearsay even in this type of hearing “is not automatic” and a defendant is entitled to “certain minimum due-process requirements.”

Hearsay refers to out-of-court statements made by a declarant to prove the truth of the matter asserted in the statement. Here, one of the challenged pieces of evidence involved testimony from the defendant’s probation officer with another probationer about a conversation they allegedly had with the defendant. The 11th Circuit said this was not technically hearsay, as the information provided by the other probationer was used to “corroborate and provide context for what prompted the officer’s investigation” of the defendant’s alleged parole violations. Furthermore, even if there was inadmissible hearsay, the prosecution presented sufficient additional evidence to meet its “preponderance of the evidence” threshold.

If you are facing a potential parole violation, it is important to work with an experienced Tampa appeals and post-conviction relief lawyer who will zealously represent your interests in court. Contact the Faulkner Law Group, PLLC, today to schedule a consultation.

By Faulkner Law Group, PLLC | Posted on December 15, 2021
« How “Commerce” Can Affect A Child Sex Crimes Prosecution
Florida Man Admits To Having Gun In Car, Charged With Illegal Concealed Carry »